Cold and flu season is here!  In Asia many yummy foods are also herbs that are also remedies to help your body fight infections.  And one of them is GREEN ONIONS also known as SCALLIONS. Green onions (cang bai in Chinese) are acrid and warm in properties and go to the Lung and Stomach. Their basic indications… Read more »

Have you ever visited The Gathering Point and seen Michele scraping a patient’s back with a plastic scraper? Have you wondered what that’s all about? Scraping the skin is an ancient Chinese healing technique called “gua sha.” The word gua (pronounced “gwa”) means “to scrape.” The word sha (pronounced “shaw”) means toxins. Thousands of years… Read more »

It’s the holiday season, and many of us are thinking about what to bring to Thanksgiving dinner. Many people do not have that luxury. Did you know that food insecurity affects 16 million kids and their families each year? Hunger is not only an issue of health, [it] is extremely detrimental to a child’s education… Read more »

Chinese medicine grew from the Shamanic arts of China.  In ancient cultures of China people believed it was possible that a person could be partially or fully possessed by outside spirits called GUI (phlegm).  Since the cultural cleansing of China all notions of spirits have been purged from Chinese medicine.  Today the 5 Element Acupuncture… Read more »

October is here and that brings to mind pumpkins and Halloween…and GHOSTS! The ancient Chinese spoke of possession by demons and ghosts.  Some speculate that the Chinese were talking about the spirit word and others think this was their way of speaking of addictions, mental illness and epilepsy. The 13 Ghost Points come from Sun Si-Miao,… Read more »

We are closed Sunday & Monday. 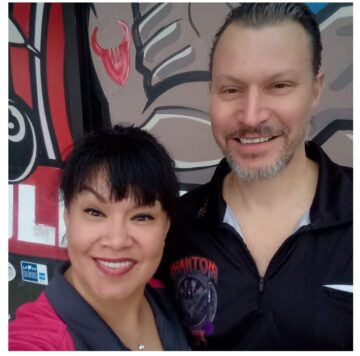 “I am originally from Denver, CO. My husband and I are both dart players. I recently missed two tournaments while I was recovering from carpal tunnel. Michele has me on the right path. Thank you!” ~Corrine M.